A theme park with a difference, IMG Worlds takes the best of the West and presents it in the heart of the Middle East. 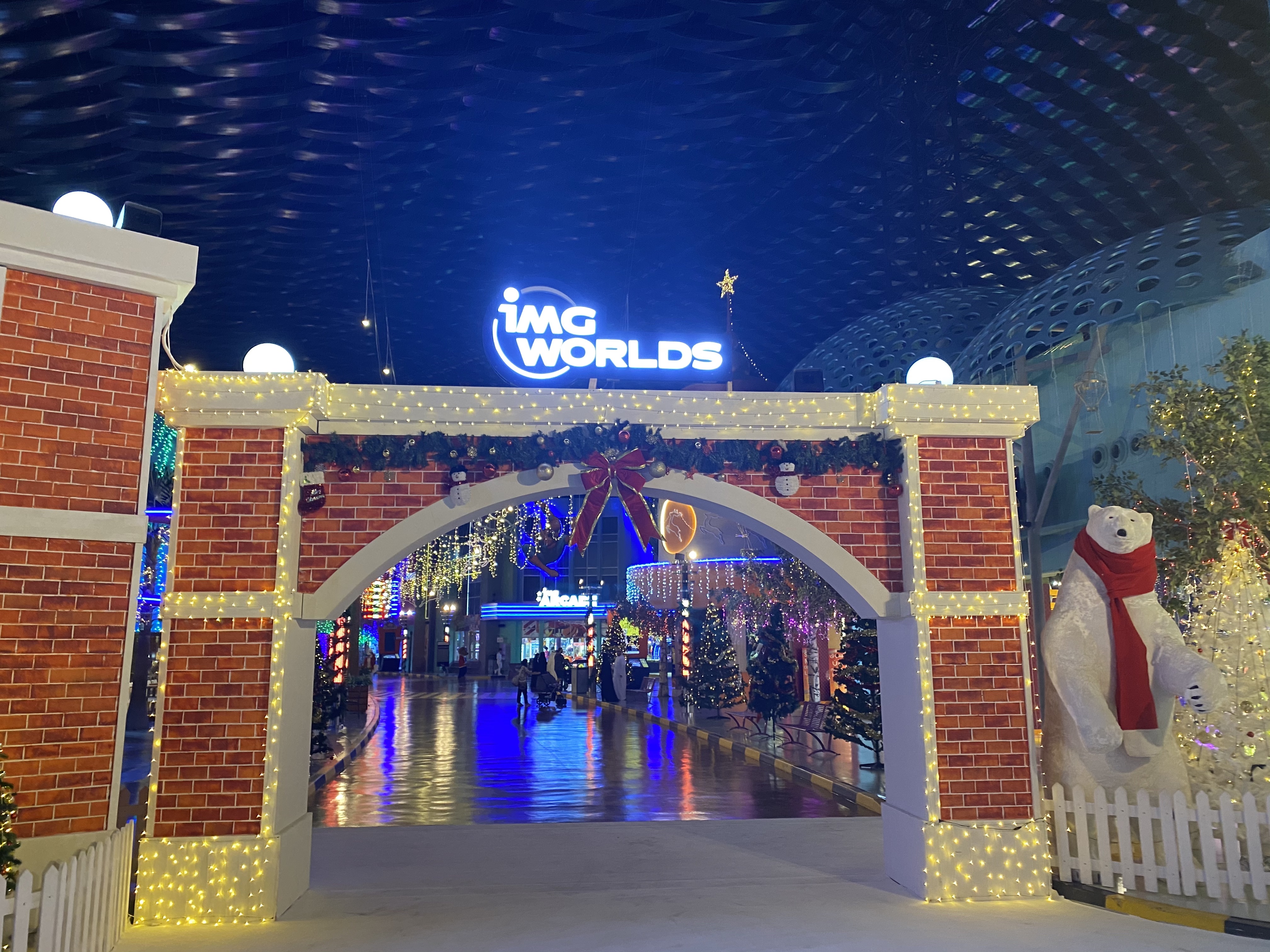 IMG Worlds in Dubai is the largest indoor temperature-controlled theme park in the world sprawling over a massive 1.5 million square feet. There are five zones, or “lands,” two of which are based on the globally popular brands “Marvel” and “Cartoon Network”. The other zones are “Lost Valley – Dinosaur Adventure” which provides a great fix for Jurassic Park fans, IMG Boulevard where the Haunted Hotel is housed and an array of food, drink and sweet places are on hand for your in-between sugar fix. The final area is Novo Cinema where you can catch movies and entertainment on 12 multiplex screens. 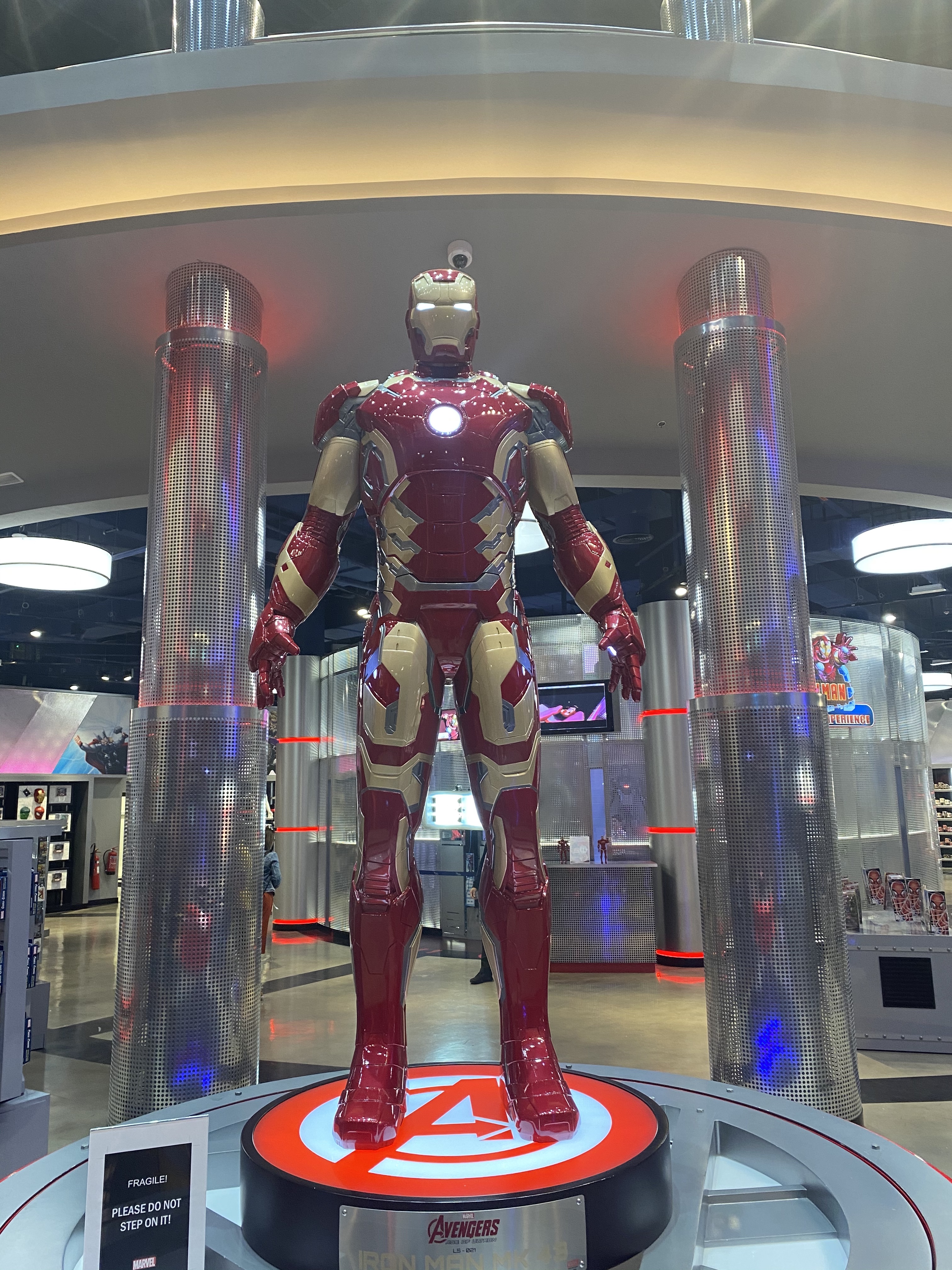 The theme park is approximately a 30 minute drive from Jumeirah Beach Resort and having now operated for 3 and a half years, it has definitely established itself as a place to visit when in Dubai.

The impressive thing about an indoor temperature-controlled theme park is that in an incredibly hot country, you can visit it daytime or evening during any month and weather without it affecting your comfort level. Outdoor theme parks’ experience are dictated by the weather and time of year, having to adjust opening hours to suit daylight and night-time activities. It could be a heatwave or snowing outside and patrons would never notice.

The park is largely catered towards young children especially with the Cartoon Network and Marvel sections. 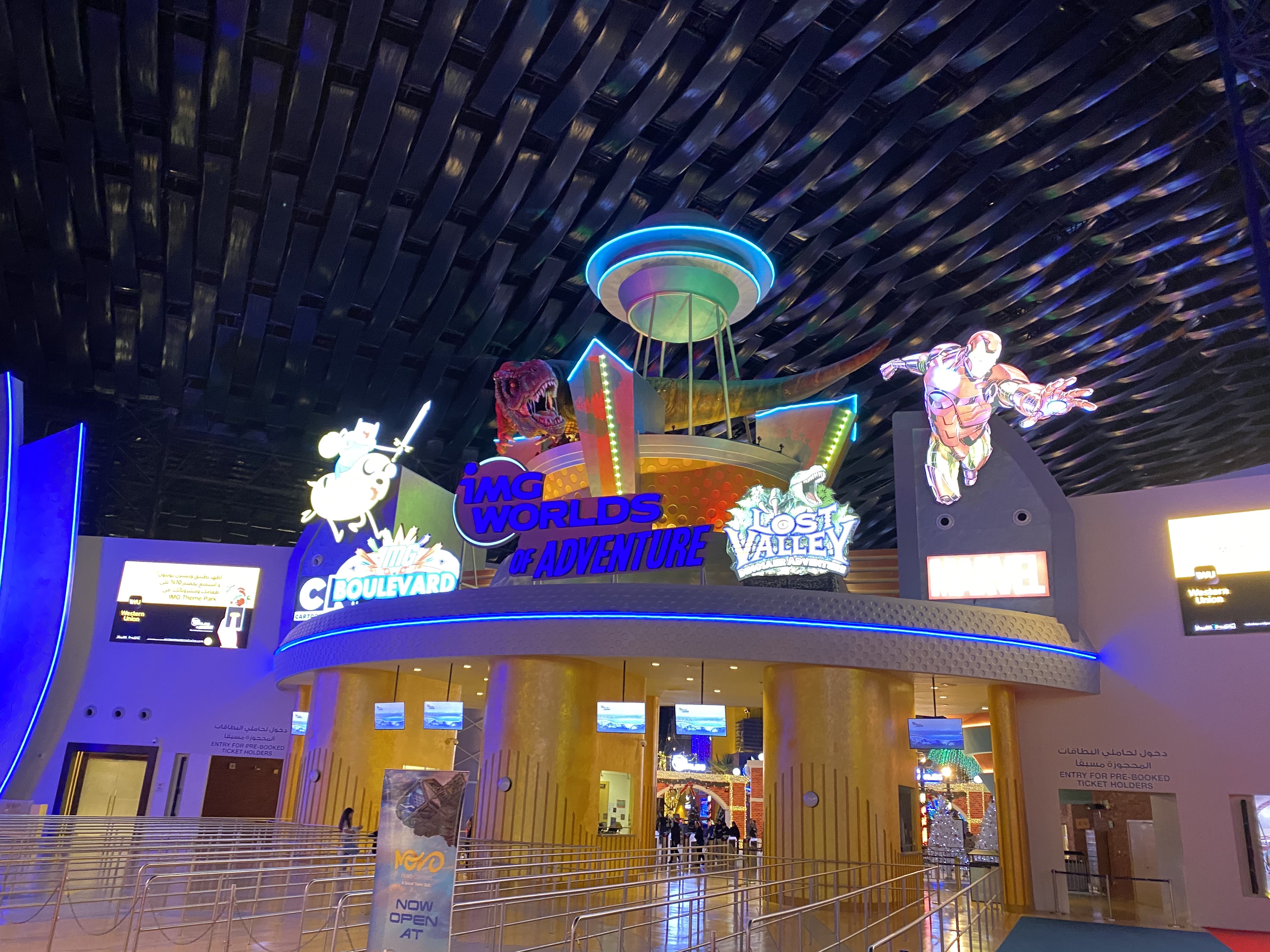 The Marvel Zone has “Avengers: Battle of Ultron” which features a car-like pod that moves from screen to screen while spinning around and you watch through 3D glasses. You feel the excitement of being in an Avengers movie and as the screen-likenesses have been used, it is a great ride. “Spider-Man: Doc Ock’s Revenge” is a spinning car rollercoaster which starts by taking you on a dizzying journey through a fictional New York, before emerging in a tunnel full of Doctor Octopus’ tentacles as you hear the familiar voice of Spider-Man. Images of our hero, webs and Doc Ock pass you by as you continue to wind around New York city before ending in a familiar blue and green tunnel before the ride ends. It’s not an intense ride but definitely fun. “Avengers: Flight of the Quinjets” is a standard “flying carpet” ride that reminded me of the Dumbo and Aladdin ones at Disneyland. Little ones will enjoy this as the small jets circle round in the air and the level moves the ship up and down. “Thor: Thunder Spin” is for the brave. You need the stomach strength of Odin to withstand this strapped-in, feet-dangling, gravity ride that spins you upside down and all around while moving up and down. You won’t hear any of what’s going on with Thor due to the number of screams! The best ride without a doubt was the “Hulk: Epsilon Base 3D” ride which was a seated, motion-based dark ride in a circular theatre that puts you in the middle of the action. The stereoscope cinema dome rotates as you see Hulk battle his deadliest enemy. It’s an immersive, realistic experience that was definitely our favourite. 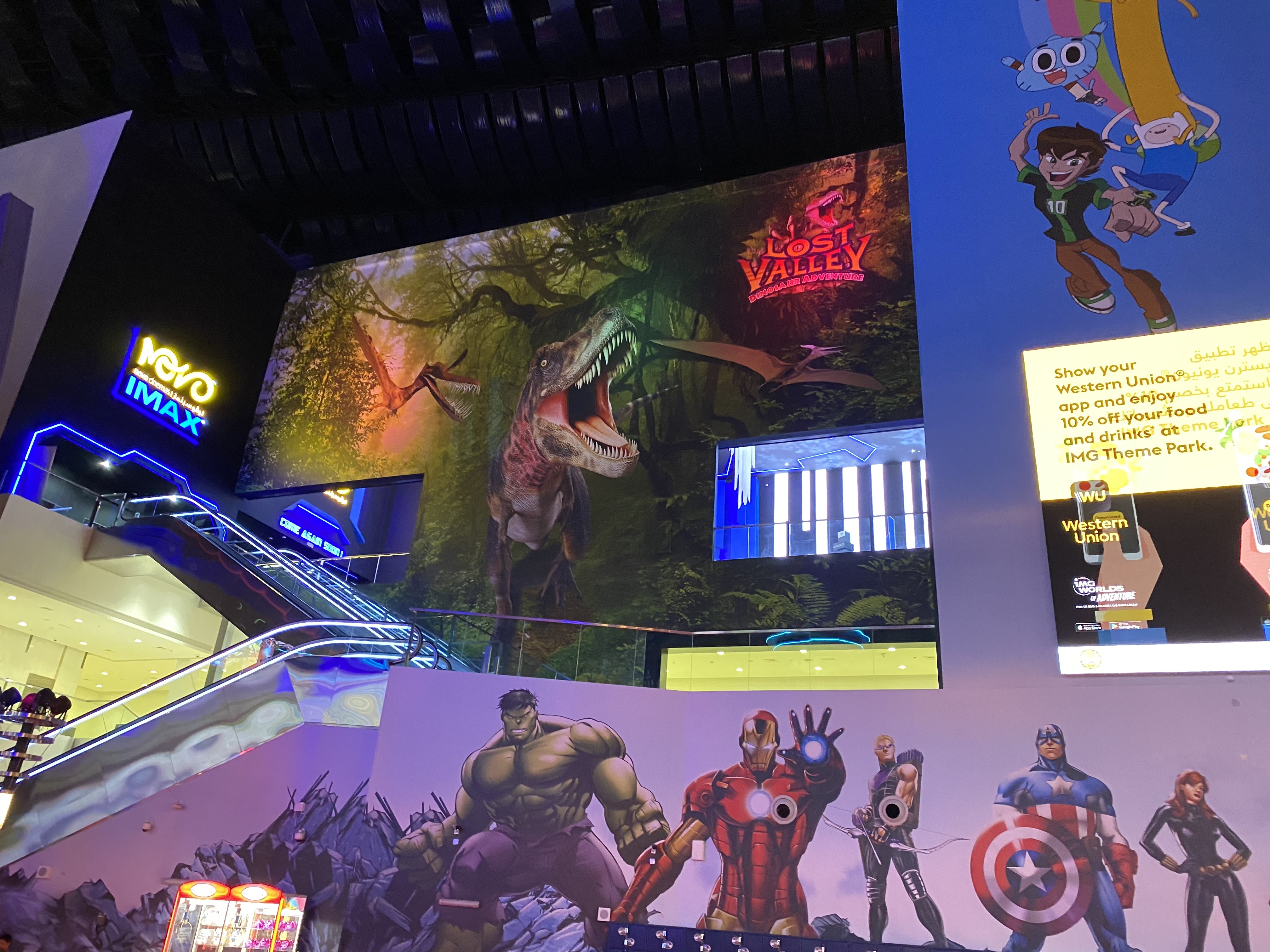 The “Lost Valley – Dinosaur Adventure” zone is amazing. The Velociraptor is a fast-paced rollercoaster, the “Dino Carousel” again targets younger children with dinosaurs instead of horses, “Adventure Fortress” is a dinosaur themed tree house which goes quite high and has some great slides which are steep and enclosed. “Forbidden Territory” is an on-the-rails rollercoaster which mixes animatronics, models and a giant screen to take you into a jungle where dinosaurs roam, attack and feed. It’s one of the best rides in this zone and feels very Jurassic Park-like. “The Predator” is the ride for more experienced thrill-seekers, which has a steep drop and a fast rollercoaster with more twists and turns than a spring. 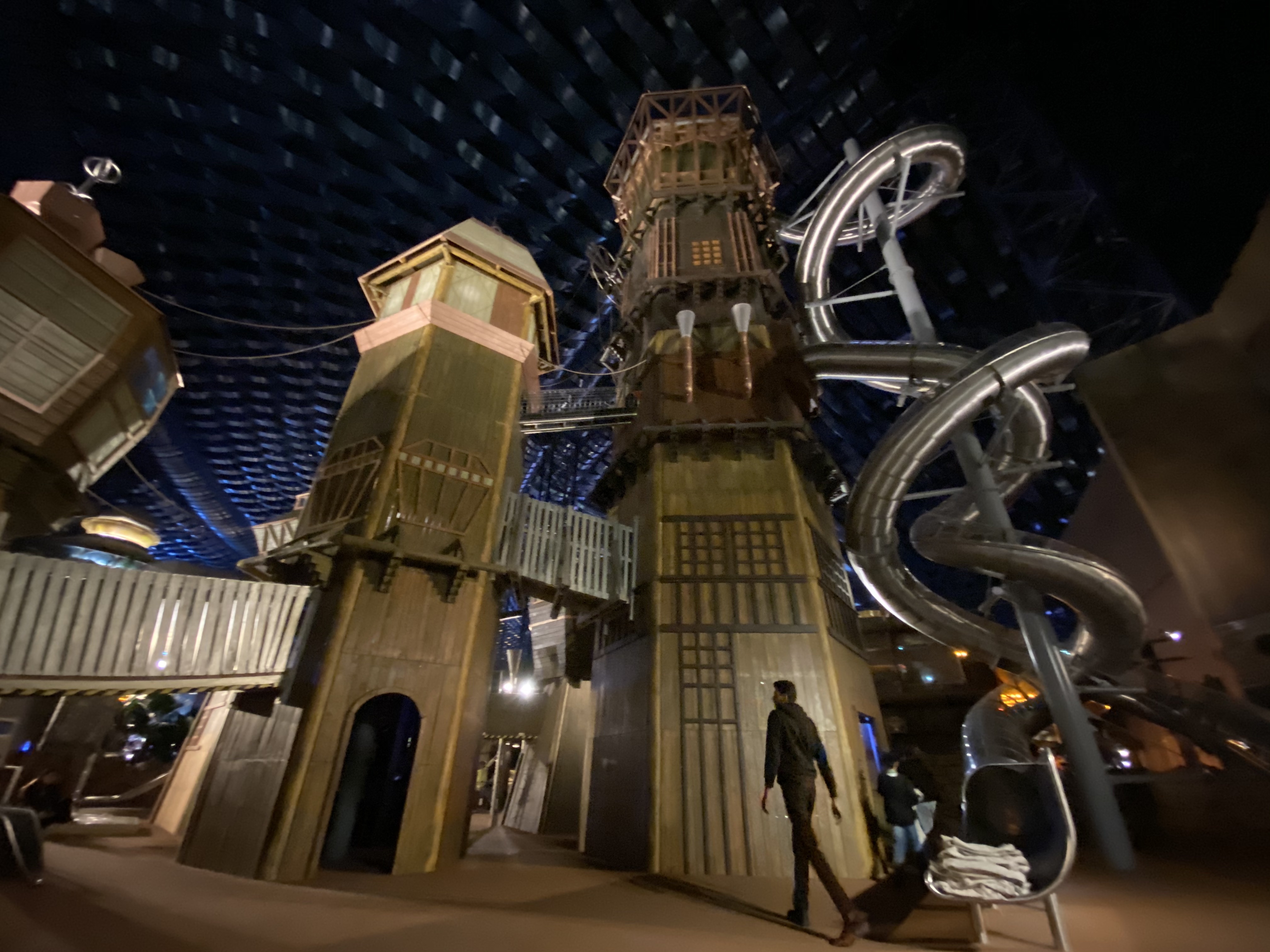 The “Cartoon Network” zone has a live stage for performances, a “Powerpuff Girls” ride which straps you in, takes you in the air, doing 360 degree circles bouncing around until you’re out of breath and a little dizzy. “Adventure Time” is a slow journey into the air and around the cartoon’s world with cut out characters and a story being told along the way. This one is definitely for younger children and not one I’d go one repeatedly. The cut outs would have been better served if they were moving and if it was more an interactive experience. “The Amazing Gumball Ride” is a trackless point-and-shoot ride where you take control of a science fair gone wrong and have to shoot at multiple screens as you move around. It was OK, but again more suited for younger children. “Lazy Town” is part adventure, part stage show but will have you climbing, dancing along with one of the characters and exploring a secret lair. It was fun given the interactivity and kids seemed to love it. “5D Ben 10 Cinema” is a 1,200 capacity movie experience which sees the audience arrive as new recruits who have to suddenly face the evil villain Khyber in an electrifying battle. The movie’s 5D experience is interesting with use of scent, water, motion-seats, leg ticklers and air blasts for a fun-packed 10 minute movie. 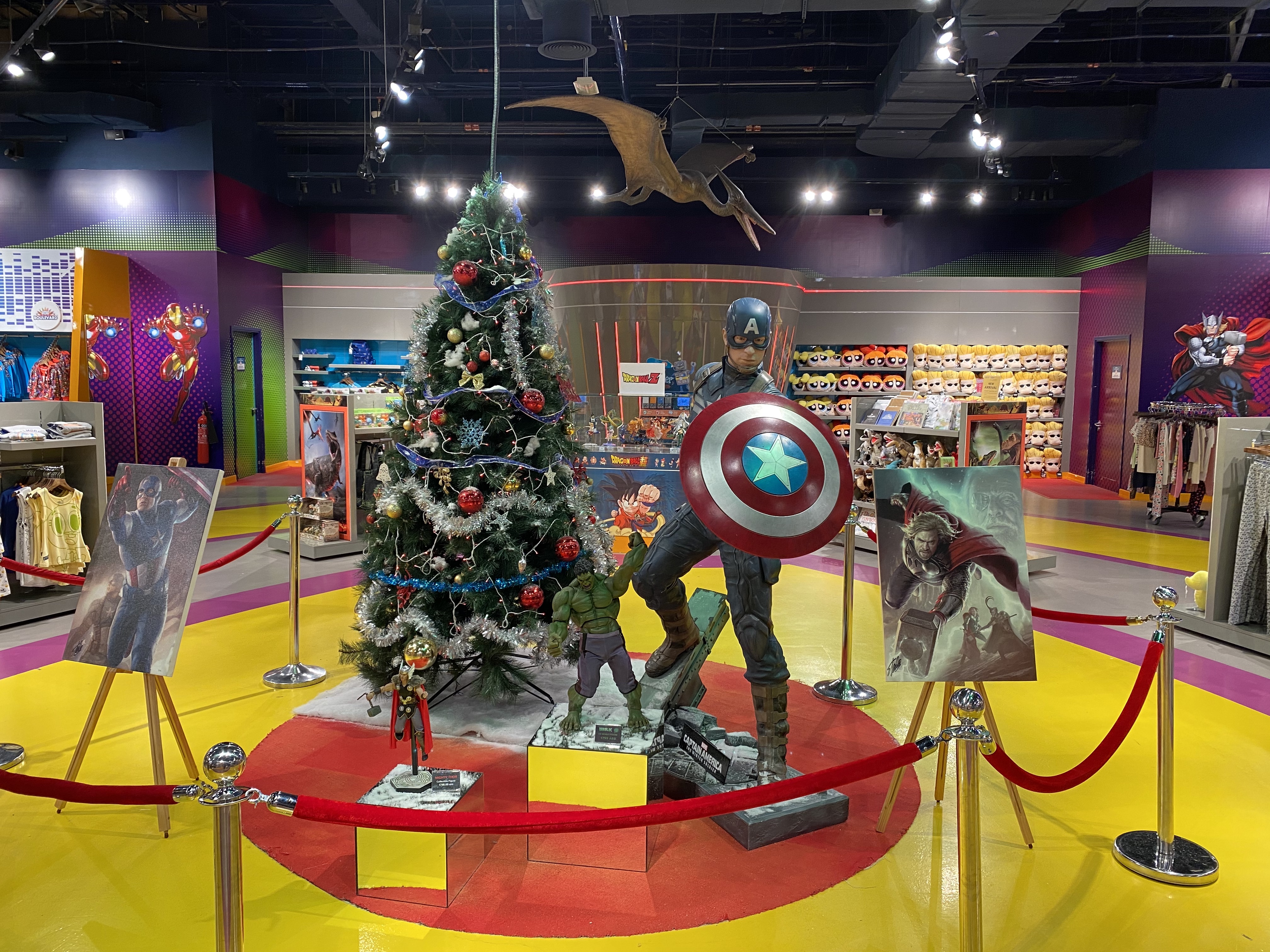 An interesting but expected aspect was at the end of each ride you had to walk through a mandatory gift shop full of T-shirts, memorabilia and more to reach the exit. Merchandise was expensive and your kids will probably pester you to buy something for them, so start practicing your excuses to exit the gift shop swiftly!

Each zone has its own themes shops like Marvel Universe, Daily Bugle Store, Cartoon Network store, Explorer’s Supply, Raptor Outpost, Haunted Hotel Store and more. There’s coffee shops, a popcorn factory, world of candy and lots to choose from in terms of food and drink. 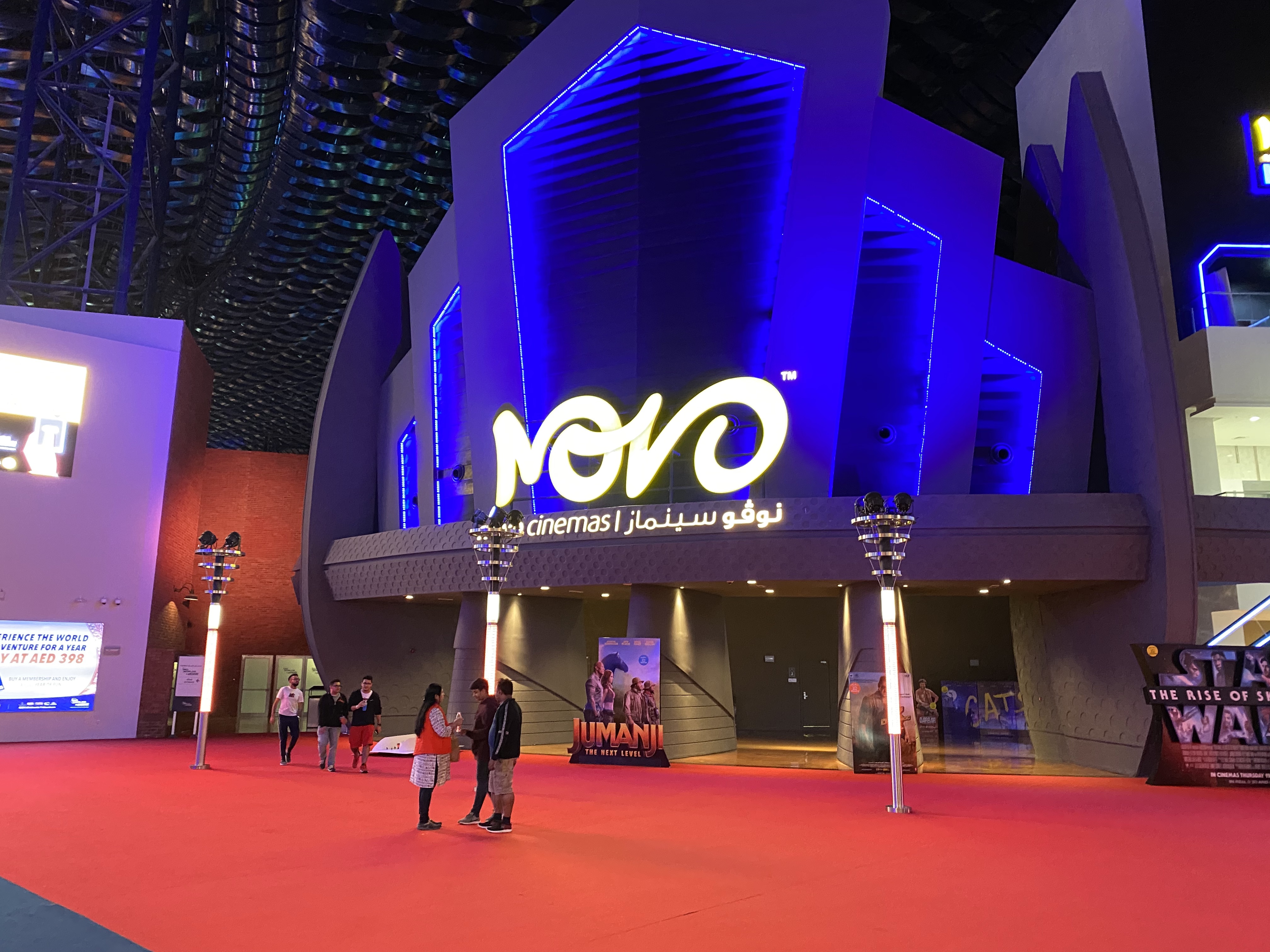 The Novo Cinema plays movies throughout the day and like any cinema, hosts the latest blockbusters as well as children’s films. The 7 star comfort cinema has dining options too in case you feel like eating or watching a film at the end of a fun-filled day, but we were tired enough to hail a taxi to the hotel. 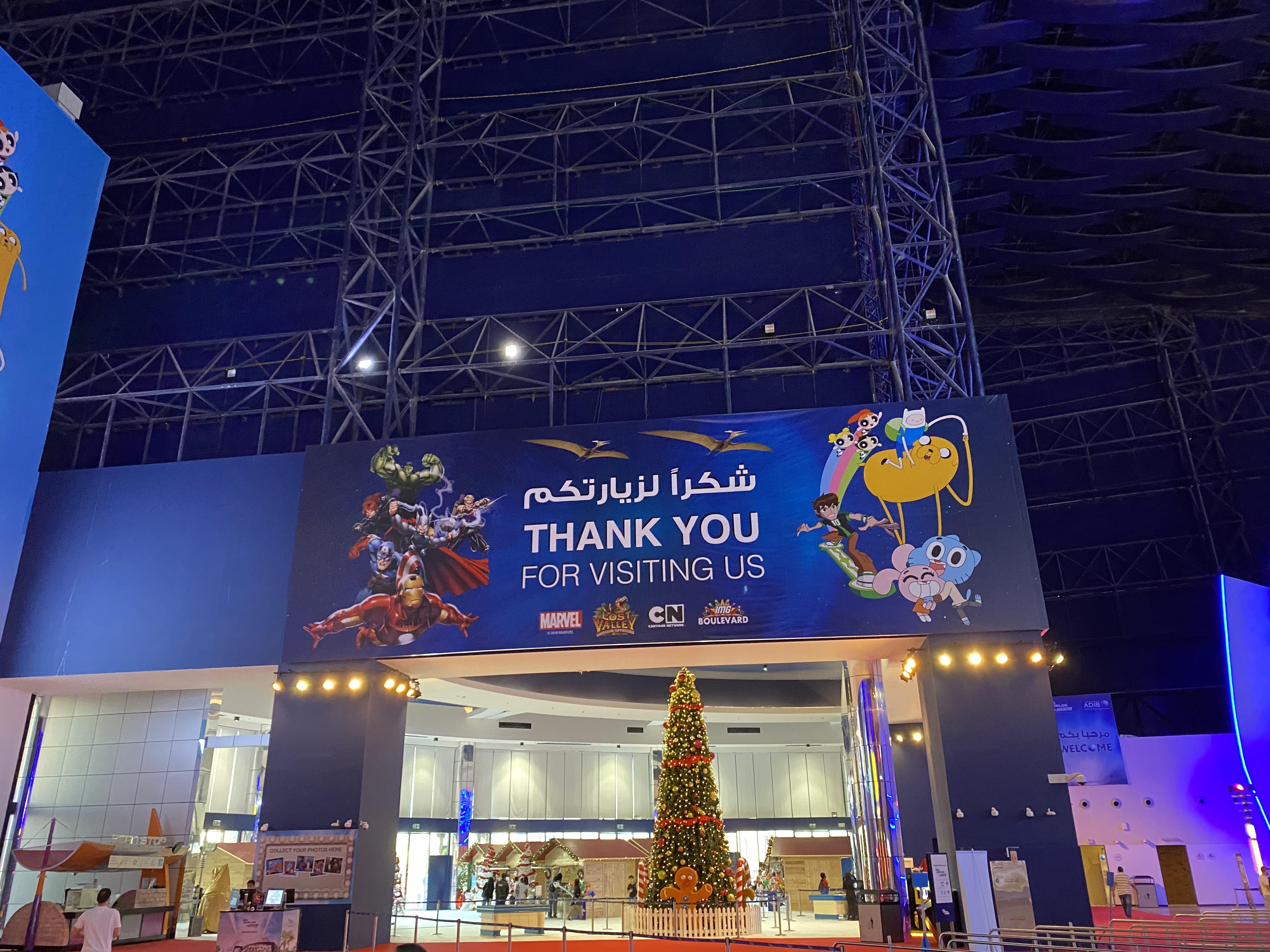 IMG Worlds offers a great indoor theme park experience in the heart of Dubai. The bonus of using Marvel and Cartoon Network licencing definitely adds to the charm and whether your going for the kids, the teenagers or yourself, there’ll be something for everyone at IMG Worlds.

Download the entertainer app as you get buy one get one free offers on there regularly for IMG Worlds.