On July 19, 2020, the UAE Mars Mission launch took place which ambitiously sent hope out into the cosmos in search of answers.

Sarah Amiri is the Deputy Project Manager and Science Lead for the historic UAE Mars Mission which has caught the attention of the world through its aspirations, successful launch and potential. The Al-Amal Orbiter, also known as Project Hope, will not only track the weather, atmosphere and climate on Mars but aspire to provide insights into our own experiences with climate change with a view to helping humanity. This probe could provide the answers the world has been waiting for, and if that happens, it’s because of the team led by Sarah Amiri, a pioneering space scientist whose dedication to the world above us serves as inspiration for thousands on Earth. Sarah Amiri kindly took time out to talk to SE.

SE: Congratulations on the successful launch of the Emirates Mars Mission. Watching the launch live and seeing the fruit of your team’s many years of hard work, how did it feel in that moment seeing the Carrier Rocket launch with the probe?

The launch was a series of rollercoaster moments, where we were building up to a certain point in time when something very specific needed to happen at a very precise moment in order for the mission to succeed.

So throughout the launch and the separation of the probe, deploying the solar panel, all of these sequences were required to work and either it’s successful or it’s not. There’s no middle ground. It was a very emotional day for the team because it was the culmination of the many years of work we had put in.

It’s very difficult to explain how we felt and we haven’t even discussed it. Many people who aren’t involved cheer when they simply see the rocket go up but for us, we were holding our breath for the first separation, once that happens we’re holding our breath for the separation from the launch vehicle. Everyone sees these steps and cheers, but we’re there holding our breath hoping it goes as planned. Even today, we are ensuring that everything on the spacecraft is working and testing it while everyone thinks its cruising along on its journey without any interference whatsoever. Once it’s launched, our work doesn’t end.

SE: How did the advent of Covid affect things? Was it an Apollo 13 moment with a lot of high-fives?

There were a lot of elbow bumps because we were in the middle of what was going on with Covid! It’s interesting because you always think that you’re going to celebrate this moment of launch, separation and so on with a large group of everyone you worked with. Half of them in Japan, half of them at the ground operations centre and that simply wasn’t possible. Given the nature of such exploration missions, they go on for quite a period of time, require you to work at different hours of the day in different time zones and there’s a lot of travel involved etc, so the people you’ve been working with become a family of sorts as they understand what you’ve been through to get it to where it is. You’re a team and all of you are working really hard towards that moment where you can all celebrate together.

Because things changed so drastically with Covid-19, this provided us with an odd sense of celebration. There was a lot of cheering and then worrying and then cheering across the board. We were a very small group that were in Japan and only the essential people were at the command centre in Dubai, the rest of the team were actually online at a friends and family Zoom launch party, which I think has never happened before especially for a space launch, but we wanted to put something together for everyone that wanted to be at the centre of things.

SE: We’ve just passed the 6 week mark of the probe being in space. What’s its current status and how is it doing?

So we’re almost done with checking all the different systems and turning the different instruments on. When you send out a system, you’ve tested it to work in space using various pseudo space environments but of course it’s not the same, so what we’ve been doing over the course of the last 6 weeks is checking that every single subsystem is functioning according to how we expect it to. What was really important for us was turning on the propulsion system because when you launch towards Mars, you don’t launch directly in the line of travel because there are various checks that need to be undertaken. One thing we need to do is called trajectory correction manoeuvres and that’s throughout the journey to Mars, which is essentially directing it within its lane to get the probe to its destination. This requires the propulsion system to be turned on, which is our break mechanism. We go really fast and need to enter at a precise moment around orbit around Mars. 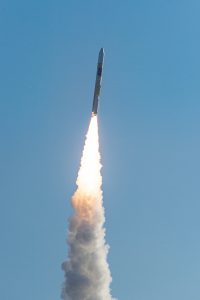 SE: We love the name of the probe – Amal meaning Hope – how was the name decided upon?

The Prime Minister selected one of the names suggested which was Amal (Hope). One of the things from back in late 2013, very early on when we began working on this, we were given direction even before the mission was a concept. There are a lot of youth in this region. There’s also a lot of instability and lack of opportunities and trust towards a proportion of the population that’s quite significant so you can’t ignore them and it was coming on the back of a lot of unrest overall in the region. We have the same thing in the Emirates, we’re primarily a population under 35. One of the underlying aspects of the mission was hope for the region and also taking a model that’s very risky and challenging and trusting a team of under 35’s to deliver it. It showed that trust was not something that is negative and bound for failure but rather a trust we need to have in a proportion of our population if we want to create opportunities to change and have a positive development for the whole region. We can only drive stability in the region if the youth have opportunities and their efforts aren’t being used negatively with different groups but rather being used positively in development. That encapsulates the aspirations of this and why it’s called Hope.

SE: You worked as a computer engineer before entering the Space side of things?

I worked as a computer engineer in Space. Something that people don’t realise is that those who work in space are usually graduates of the normal fields of engineering. There’s no such thing as graduating with a space degree. I directly began working as an engineer in the space sector.

SE: Did you ever dream or imagine you’d be launching a project that would explore Mars.

It was never on my horizon and I don’t think I would ever dream it to be possible.

SE: The sheer size of space is awe-inspiring and we often struggle to comprehend anything described beyond our experience especially in terms of an area without limitations. There’s a Hadith that comes to mind:

I have been permitted to tell about one of Allah’s angels who bears the throne, that the distance between the lobe of his ear and his shoulder is a journey of seven hundred years.” (Sunan Abi Dawud 4727)

We often reflect on this and on the vastness of space, it comes to mind that we really can’t comprehend how big the universe is. How has working on this mission changed you spiritually?

This is huge. We are studying something that’s very important which is the atmosphere on Mars which we know is highly toxic for us but at one point could’ve been very good to sustain life. This is philosophical, because when you reflect you realise how all current life on Earth is very fragile. It’s built on this system and this atmosphere that’s protecting you from space and everything that’s harmful for you. It’s ensuring that you have the right environment to survive and live because our planet is very fragile as an overall system. It’s just these few elements that allow life to continue existing. It’s an understanding that the more you learn about space, the more you realise how great creation is, and how limitless the power of God is.
We impose self-limiting beliefs on ourselves because when you look at the possibilities of what exists out there, it’s absolutely limitless. It absolutely is great in nature. It’s extremely hard to convey what it means. Whoever works in space, it triggers different things for them. For some it triggers spirituality, for others it changes their entire belief system and just by understanding the sheer size of the things out there makes you ask questions and want to push for better understanding for development across the board. It’s a never-ending internal dialogue that you have with yourself.

SE: We read that over 30% of the UAE Mars Mission team were women, how inspiring is that? You are all such positive role models for young girls wanting to go into the Sciences and showing them that you can lead where exploring the unknown is concerned. How under-represented are women generally in this field worldwide?
In our case, it’s a bit over 34% of the team are women and 80% of the science team are women. It wasn’t a quota we put in place, everyone was staffed on merit and recruited early on, so that we can get through the 6-plus years of development that was required of this project. It’s interesting for us to be women in science and in space as there’s not a lot of engagement with women globally in the space sector and for us, as we continue being part of the international community, we realise how little women are engaged in the overall process. Again this goes back to the philosophical question as to why that is, because it’s always great to have diversity in science.

SE: 80% is amazing! It shows that the UAE and this project are leading the way with this.

SE: The early Muslims looked to the heavens constantly and to this day, many of the stars in our night sky are named in Arabic. As Neil Degrasse Tyson tweeted earlier this year: “Two thirds of all stars in the night sky with names have Arabic names. An homage to their “stellar” navigational skills 1000 years ago, during the Golden Age of Islam.”

It’s fantastic to see you leading in this field and inspiring others. What is your message to our young audience who want to get into space, but have no idea how to?

Don’t limit what you’re passionate about and explore what’s available in your community. If this era has taught us anything, it’s that remote work and collaboration is today on the table. Keep exploring opportunities to do that. Work in an area where your passion lies, regardless of what your passion is, because it’s usually where you have the greatest drive and get the greatest outcomes.

SE: Thank you Sarah for your inspiring words and incredible work.