There is something special about visiting an established restaurant on a Saturday night which separates it from the manic organised chaos that follows the weekend buzz elsewhere. As unpredictable as weekdays are, weekends are open season for unsuspecting empty chairs to be privy to a family night out, an intimate dinner date without the kids or even a shoe-in to a pre-planned evening that begins (or ends) with the empty silences between mouthfuls.

Where distinguished establishments are concerned, it doesn’t come more infamous than the Dorchester and for what is increasingly hailed as the best Halal Chinese offering in London, the place to go is China Tang. Or is it? 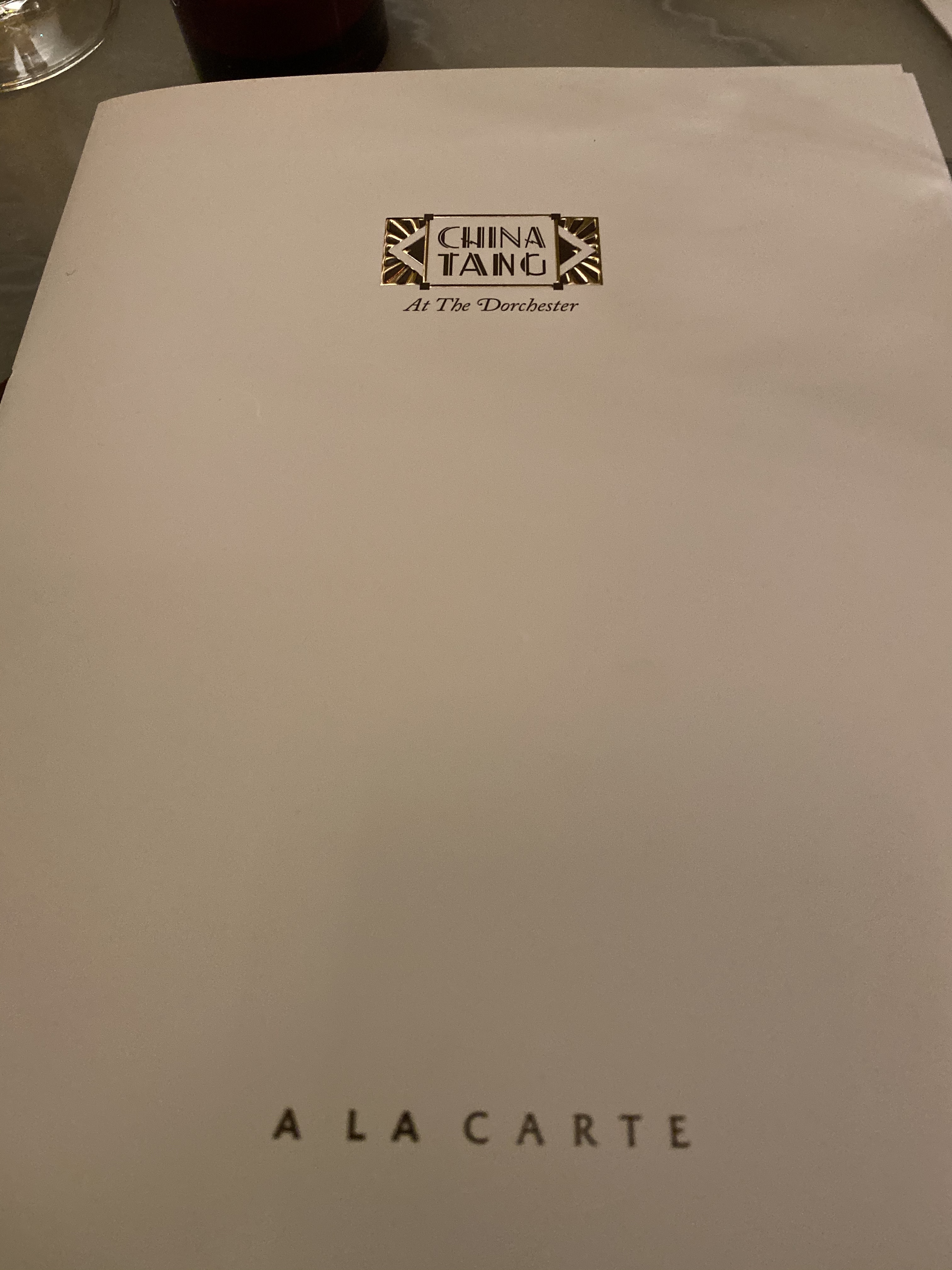 Embedded at the bottom of a flight of steps at the end of a long walkway on the ground floor, China Tang is the meticulously decorated Cantonese food experience, approaching 15 years since the late Sir David Tang opened its doors, to have it lavished with building praise season by season. The venue oozes class and opulence, with an ambience bathed in a hint of culture, respectful protocol and the aroma of passing food dishes whisking by in the hands of Tang employees.

There are a mixture of families and couples tonight, as expected for a Saturday at 8pm and my wife and I are given a corner table, where once seated, we order our meals and drinks. It’s soon evident that the table next to us are now a little inebriated and increasingly loud, so we request to be moved and are accommodated swiftly and silently, with a courteous apology. 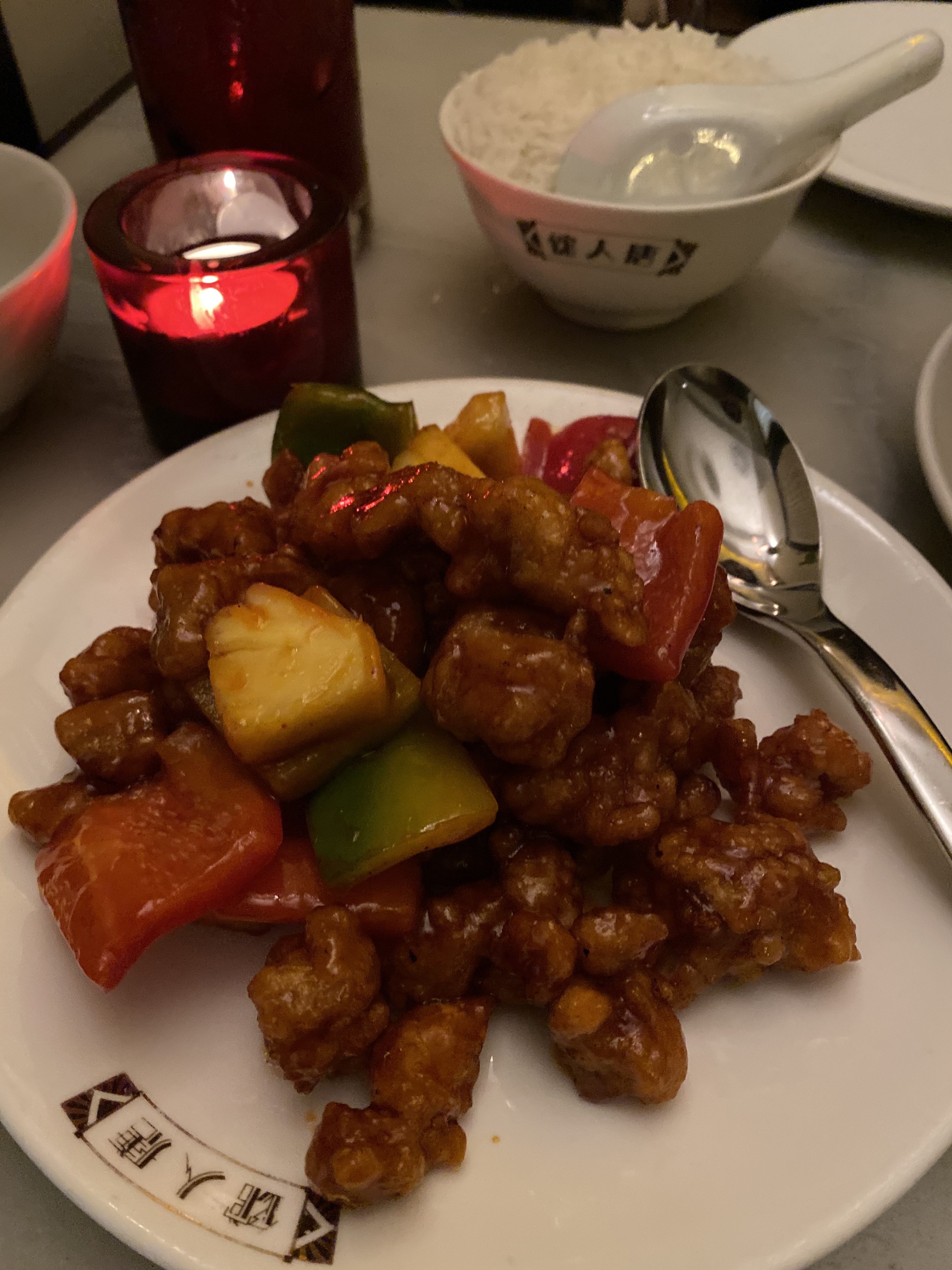 We order the Sweet and Sour Chicken, Classic Red Cooked Lamb in Clay Pot accompanied by steamed rice and egg fried rice, with a special request for the lamb to be prepared spicy. The waiter service is outstanding, unfortunately this is not reflected in the food. The chicken although having given up the ghost, seems to have also been exorcised of flavour too, which complements its dry and hard texture. A coroner would be pleased to pronounce the chicken void of life and taste. If chicken soup is good for the soul, then this sweet and sour dish was a bland lesson in irony, sweetly presented and leaving you sour in mood. Thankfully the lamb had the ability to raise spirits a little as it was soft and chewy (but not succulent) bathed subtly in enough seasoning to pass for tasteful. The Cantonese version of the lamb differs from that of Northern China in that it is slowly braised in a soybean based sauce (as opposed to wok fried) with spices, Chinese mushrooms and beancurd skin. This allows a delicate flavour to blend through it that can be spiced up using the XO condiments available on the table. 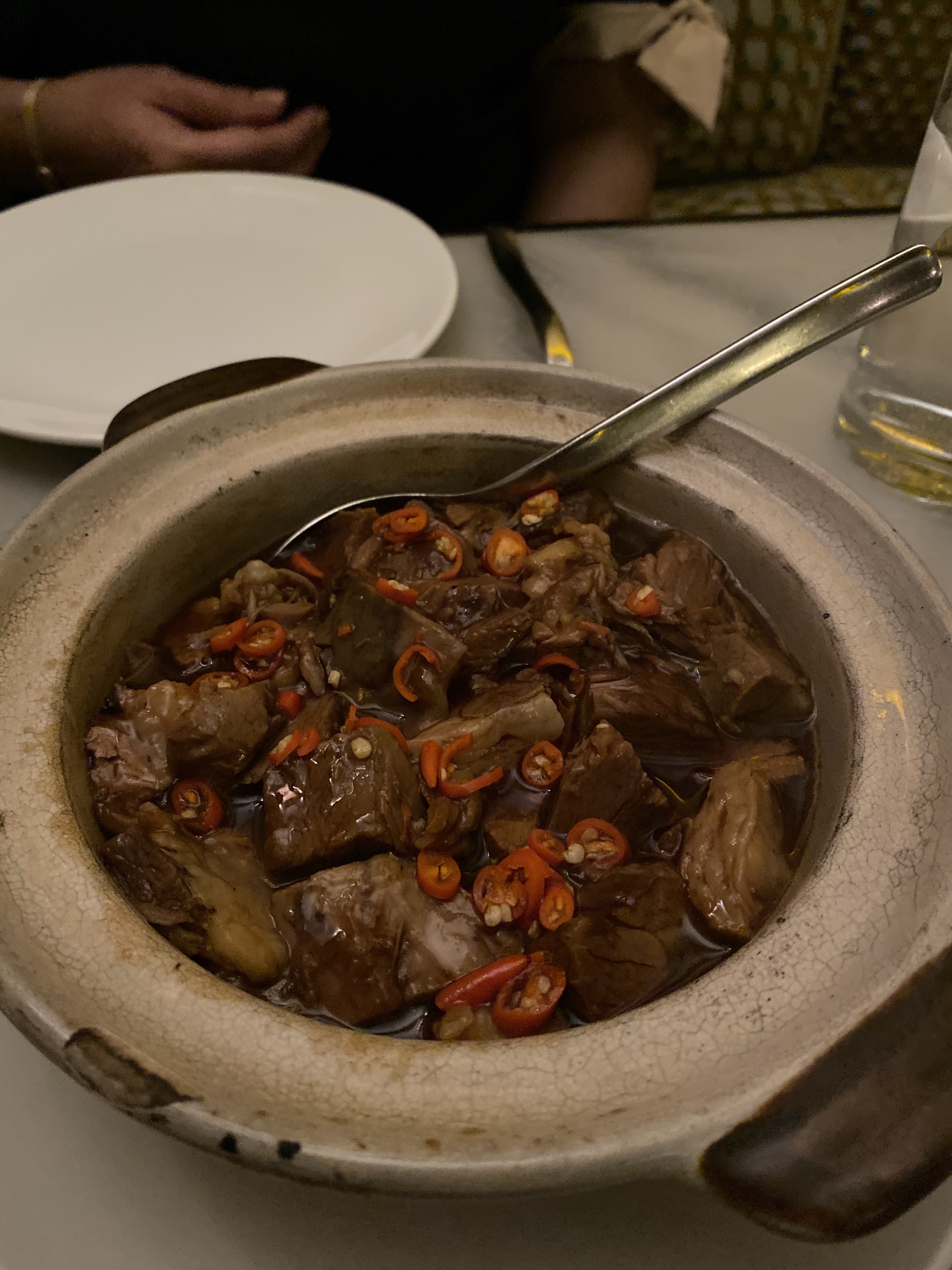 The egg fried rice was adequate but then if this accompaniment wasn’t up to standard, then China Tang would’ve China Tanked. The steamed rice was fine and overall the venue’s atmosphere was livelier than its food.

The virgin raspberry mojito was refreshing and a delight, igniting a rush to the tastebuds sorely lacking from part of the meal. It tasted as it should and was impeccably presented. 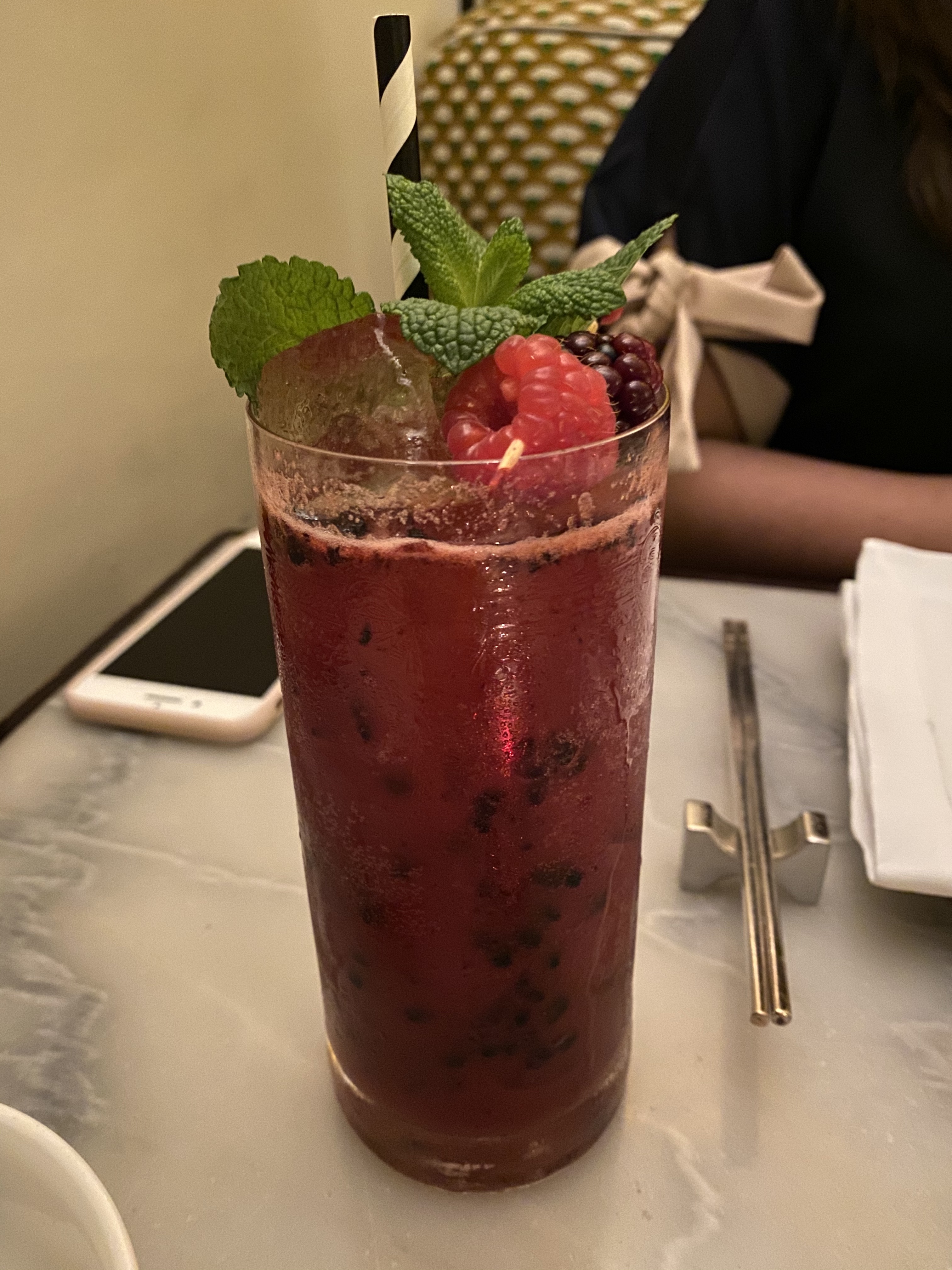 Would I eat here again? Based on this meal alone, no. The price is a premium paid for exquisite food and not just the environment. However, the restaurant has advised that if I had informed them about the food on arrival or provided guidance on the type of food I like, they would have been happy to offer an alternative that was more powerfully flavoured. Whereas this doesn’t help my taste buds on this occasion, the variety of food on offer and suggested dishes since begs the opportunity to give China Tang another chance but this time, not go for the sweet and sour chicken. The attention to guest feedback and desire to please cannot go unnoticed. The restaurant truly wants its patrons to have an exceptional experience, it’s just a shame on this occasion the food did not live up to the name.